Holograms, once thought of as a thing of the future, are becoming more and more prevalent today. Here’s how a math lesson became a chance in holographic creation.

The past two years I’ve worked with some amazing sixth grade math teachers (shout-outs to Linda S., Taylor S., and Raisa D.) during their geometry unit. One of the items students study are nets or patterns which can be folded to create 3-D shapes. An activity which can reinforce the concept is creating a holographic projector, maybe you’ve seen one on YouTube.

They kicked-off the lessons with a couple of pop culture references in which holograms were used:
CW’s The Flash ➔ 2×20
ABC’s The Good Doctor ➔ 1×09

Next, they worked with students in creating miniature holographic projectors for a smart phone. They extended the construction by having the students design & build larger ones for tablets or Chromebooks.

Make sure toggle through the images below

Afterwards, the students had the ability to create their own videos for holographic projection. We utilized our licenses to WeVideo to create our recordings which are then layered & arranged in different quadrants. I supplied a video tutorial for the students.

Unleashing student creativity was AWESOME!!! Some students recorded themselves showing off some dance moves, others got more creative. I worked with a couple of students, some wanted to green screening and others wanted to do time lapse/stop motion animation. Here are two examples below:

What kind of project/activity have you been amazed by students’ creativity? I would love to read about it in the comments below. 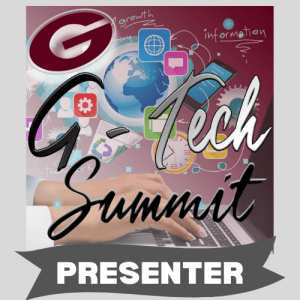