For the first time in my career, I’ve been co-facilitating a school club.

Now of course this is after school, but also virtually! My school offers a Broadcast Club for fourth graders. With how the school year started, we took a little time getting up and running. We sent out an interest form, based on the number of interested students, we formed six groups of 4-5 students. Each group would record four broadcasts which air Monday mornings. This was all facilitated through a Google Classroom & Google Meet. Each week on Tuesday afternoon, a group would join myself and my co-facilitator (Ms. Schwartz) on a Google Meet where we would look over that week’s script, find out what part each person had (Anchors 1-2 or Reporters 1-2(3)). They would then have till the end of the week to record their segments using the Screencastify extension. When they turned them in, I would compile them in WeVideo, trying to chroma key their background as best I could.

We had enough groups & Mondays for each group to record four broadcasts, but that left one Monday still available. So I got creative. I organized a teacher compiled April Fool’s broadcast. I’ve embedded the script & broadcast below (since this didn’t involve students and all teachers agreed). Enjoy!

Do you facilitate or sponsor any school clubs/groups? I would love to read about it in the comments below. 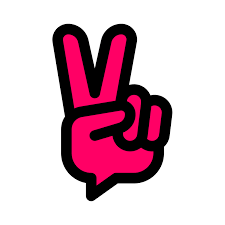