Twitter chats can be a great way to gain many tried & true ideas in a short amount of time. Hashtags make it quite easy to follow a conversation online. In the past, I have participated in some established chats: #SMARTee, #EduBrawl, #edchat, #satchatwc, #symchat, & #BFC530 just to hashtag drop.  I’ve even guest moderated one or two.  In 2013, I was ambitious and tried to create my own: #NearpodTeachers.  At first, I thought it was becoming an epic failure; I even tweeted:

I think this is a twitter chat of one #NearpodTeachers #fail

But after a little work, we were able to share a few ideas over some weeks.  Over time #NearpodTeachers has evolved to #PioNearTuesday organized by Nearpod itself.  I think my downfall was two pronged.  First, I had no real structure to the chat; I just picked random questions and threw them out to whoever happened to be watching.  Secondly, my advertising was lacking; I sent out tweets to my followers and had Nearpod tweet about it a couple of times but that’s it.

So time has passed and I think lessons learned… Now my involvement has shifted to ThingLink, currently.  I became a ThingLink Expert Educator, have moderated webinars and participated in their summer Teacher Challenge; but felt a Twitter Chat could be helpful.  Using the established group of experts, I put out a Google Form soliciting information on using an existing #TLEducator for a Twitter Chat.  I received ideas for possible questions/topics to discuss as well as frequency and nights that were available.  It was determined Monday night every other week would work best for the group.  I came up with a format after talking with a colleague, Stacey Lindes  Follow @iruntech  who was starting up her own Twitter Chat #PodcastPD (check it out, I’ve participated and gained some podcasts to listen to).  I determined two questions, sharing a ‘featured’ ThingLink image, and announcements would be the format.  Last night was our first and I believe it went well!  I moderated, which was a lot to stay on top of, but having a format and typing out some of my tweets ahead of time to just copy&paste during the chat made things easier. 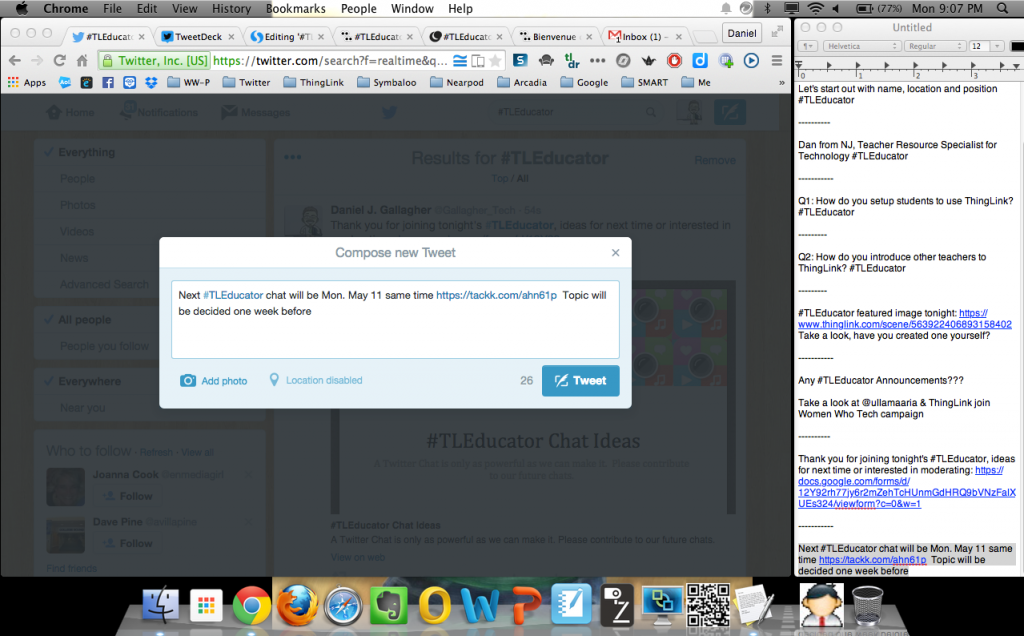 To also stay organized, I have created a Tackk:

I am able to post a link to a Google Calendar, embed a ThingLink with links to past Storify Chats and embed a Google Form to solicit future questions, images, and even moderators.  I’m hoping to touch base again with my colleague, Stacey Lindes, to hear how she uses Remind to send out reminder notifications prior to the chat.  I might even create a Twibbon for #TLEducator so chatters can show their pride.  Going forward, I look forward to seeing how this evolves.

Will you join the chat?  What chats have you participated in or even moderated? 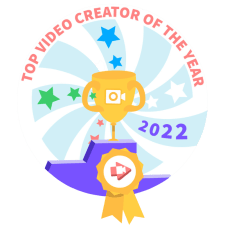 With 226 videos created this year, 194 minutes of video I rank in the top 10% of creators worldwide.