Have you ever had a post that you’ve been meaning to write and it’s just taken forever to sit down and gather your thoughts? Here’s mine… it is taken me this long because there were a lot of emotions involved in the situation. I have consciously decided to leave out names of individuals and school districts from this post. I felt I needed to record this as almost an explanation as to why I haven’t posted on here for a while and I think in a way a means of bringing closure to a dark time for me.

Let me take you back to the spring of 2019. My position in the school district was a teacher resource specialist for technology. I was housed at one of the middle schools and also worked with the Math and Science departments 6-12. It was just before spring break when myself and my fellow colleagues who supported teachers 6-12 were called in to speak with the superintendent and out going (by way of retirement) assistant superintendent. I had that feeling of uncertainty and it reminded me of childhood being called to the principal’s office (even though I never experienced that growing up).

We were sat down, our immediate supervisor and director were noticeably absent, assured we ALL still had jobs, and then told that the position of teacher resource specialist for technology at the 6-12 level was going to be phased out for a shift in focus to a more curriculum and instruction mindset. The comment was even made, “teachers didn’t need technology support, they can just Google that.” We were told this in no way was a reflection of our service, that they were appreciative of all the time and effort that we have put into supporting the teachers at that level and that if we would like to continue to support those teachers it would require us to reapply for, what we thought was the position we already had. We would then interview and if selected we would be a teacher resource specialist for curriculum and instruction; if not chosen, we would be placed somewhere else in the district befitting our certification. Enjoy your spring break!

The jobs were posted after spring break, which was late that year. This meant we had to wait the specified number of days before the posting could close. We were contacted and had arrangements made for our interviews to take place on a day off (unused snow day, the Tuesday after Memorial Day). There was some shadiness, I don’t have details but the posting had to open up again after it closed for an individual to apply and have an interview even after the day of interviews took place. I personally felt the interview was the most unprofessional I’ve ever partaken. Some individuals on the panel decided to dress as if they were going on a pre-summer outing. The room had me feeling way over dressed. I was angered by the fact some couldn’t take the time of day to look away from their phone and focus on my responses, especially answers to questions that they even asked. I walked away feeling so disheartened & disrespected that they were just going through the motions so that they could say I was given a chance. I figured their minds were made up and they knew exactly who they wanted.

The school year continued on, it was getting down to the wire, they started to make their announcements of who they selected. One of my colleagues, was chosen and I am so happy for her because she has done amazing work collaborating and planning with educators 6 through 12. At the same time, during all this upheaval in my professional life, my personal life in the spring of 2019 had my wife and I looking to buy a home. One afternoon as I was driving to the bank to pick up our signed mortgage documents, feeling stressed about the process of buying a home, I received my phone call where I was told I was not selected and that a position would be found for me that my certification would fit. They would get back to me as soon as they could to let me know what I would be doing next year. The overwhelming sense of frustration that came over me in that moment, knowing I served seven years as a coach of teachers (in this district) but also having previous experience from another district of being a coach, I was more than qualified for this “refocused” position. Finding out that some individuals were selected that had no experience in coaching their fellow educators, limited experience in presenting to teachers, as well as knowledge of one who has refused to collaborate with department colleagues was a bitter pill to swallow.

We now arrive to the last week of school; at the end of the week I am closing on my house and I still have no idea what I will be doing next school year. No idea what building I will be in, no idea what grade level I’ll be teaching, so many unanswered questions and just stuck in the limbo of the waiting game. Finally on the second to the last day of school I get a phone call informing me that I’ll be at one of the upper elementary’s as a technology special area teacher. Almost a decade ago, I made the conscious choice to leave the classroom, leave being a technology teacher once before, to go into the role of working with teachers. Because I felt I could make a bigger impact on education, by helping teachers grow in their instructional practices, than I ever could with teaching students, whether that was daily with my own classroom of 20-25 students or in a lab seeing an entire school once a week for some 40 minutes at a time.

I felt betrayed by a school district which I was loyal to for almost 8 years. It was like a slap in the face and that summer I went into a very dark place. I was not happy, rather I was quite bitter even to the point of saying disgruntled. So I started to look to jump ship and I actually found a position that a district was hiring for that was exactly perfect for me. It was going to be in an upper elementary school that was starting a one to one with chromebooks and they were looking for someone who had experience in supporting teachers. I was perfect. I felt I hit it out of the park in the interview. I walked out of that school thinking to myself I am a shoo-in, but unfortunately I did not get it. I think I had made it to a point in my career where I had a level of experience where I became too expensive for some districts.

The 2019–2020 school year started, I worked the entire school year as a computer special area teacher doing the best I could for the students that I had. I struggled, persevered, tried to be creative, but have to be honest with myself, my heart wasn’t fully in it. A pandemic hit and had to be a special area teacher, teaching remotely, utilizing choice boards to create learning opportunities for students who I could not see any more face-to-face. I had started to convince myself that this was going to be my lot in life. I felt I would never be able to return to coaching educators. I started to think that I was too expensive for districts to hire and would not find other opportunities. But as the school year started to come to an end, I was contacted by a former counterpart in another district who informed me a spot was going to be opening up as a technology facilitator and knowing what had happened to me in my current district, I should apply.

So I submitted an application hoping that I wasn’t going to be too expensive. Telling myself that if I needed to to get back to the role that I love, I would take a pay-cut even though the position was outside of the teacher contract and that meant that the position was a 12-month term and not a 10-month term. I went through the various rounds, did a demo training, received great feedback but as my fears came to reality I was too expensive for the position. But hold out hope, they also were looking to hire a supervisory role someone who would spearhead this team and that I should definitely apply again for that position. Attempt number two went in a similar direction. Interviewed well, delivered a demo training, but ultimately they went with an internal candidate who was very qualified and I was very happy to hear she was selected. That meant her spot was going to open up, do I go for a third try? I was encouraged to and their director called and talk to me personally, but thankfully was honest with me and brought reality to my attention, there would be a significant pay cut to take that type of position, so I decided not to go through with a third attempt.

As the saying goes ‘when one door closes, another one opens’ One of my good friends from my former teacher resource specialist for technology team called me up and told me about a role which was posting in a district, too far for her to commute, but might be better distance wise for me. It would be about an hour commute for me, but after interviewing, many times (four rounds in fact), I felt at home with this new team, school, and district. So traveling an hour each way, won’t be bad, it will give me time to listen to podcasts. Plus, added bonus, this district could afford me, it actually ended up being a bump up in pay for me.

So if you made it this far, first, thank you. Second, opportunities will come along when you least expect them. And finally, let me take back a phrase I said earlier, “…look to jump ship”, loyalty to one self is more important than loyalty to an employer. Your happiness matters! Find what makes you happy; do what brings you joy.

2 comments for “Have You Ever…” 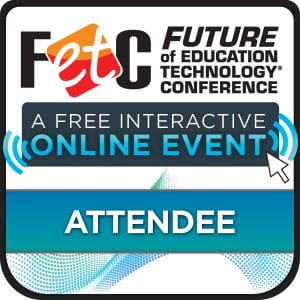